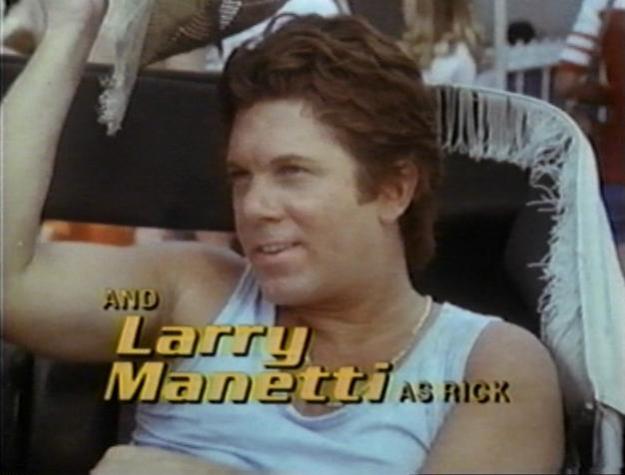 By now, it’s obvious what a huge fan of Magnum, P.I. I am. The show has been such a big part of my life, or at least my TV-viewing life, for so many years that I naturally take a huge interest in anything having to do with the show. It’s why I spent the mighty dollars on a Betamax tape lot to get a copy of the original broadcast of the series finale, and it’s why my mind was completely and continuously blown when I conversed via email with one of the stars of the series, Larry Manetti. Rick himself! Mr. Manetti was gracious enough to grant me an interview, and needless to say, I’m stoked. I can’t thank him enough for the honor.

Of course, Mr. Manetti has been involved with a lot more than just Magnum. He was Robert Conrad’s co-star on Black Sheep Squadron (aka Baa Baa Black Sheep,) he’s appeared in numerous movies and television shows, and he even has a recurring role on CBS’ Hawaii Five-0 remake, as Nicky “The Kid” Demarco. Just take a look at his IMDb page! Pretty darned impressive! 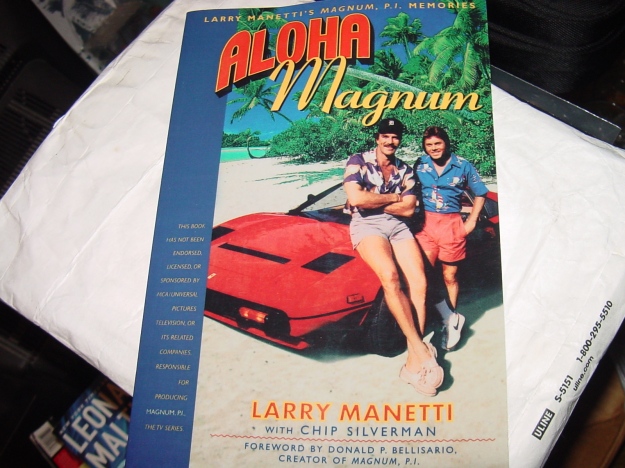 He’s also an author:  I have been the proud owner of his Aloha Magnum book for years (that’s my slightly wrinkled copy above,) in which he recounts his career, including his time on Magnum, his co-stars, and even some recipes! Believe me when I say it’s a phenomenal read. I mean, sure, I’m a fan of Larry and Magnum, P.I., but even beyond that, it’s just a genuinely great book. I think I’d love it even if I wasn’t a fan. And to be honest, this interview is just the tip of the proverbial iceberg; in order to get a look at more of his career than just one facet, inevitably (and I knew this going in) I wound up asking some questions covered much more in-depth in his book. To get the “whole story,” you really gotta read it. Order it here, you won’t regret it! In fact, check out all of Larry’s terrific official website.

With all that said, let’s get down to business! Here now is my interview with actor Larry Manetti…

Me: What jobs did you hold before becoming an actor?

Me: When did you first decide you wanted to go into acting?

LM: After I did a United Airlines commercial.

Me: What can you tell us about your earliest TV work? What was it like getting there, and what did you think when you finally got there?

Me: Was there ever a time when you were just completely fed up with the acting business and ready to throw in the towel, before deciding otherwise?

Me: You had several appearances on Emergency! What can you tell us about working on that show?

LM: Walking on eggs, it was the very beginning.

Me: You had a role in an episode of The Rockford Files [1979’s “Nice Guys Finish Dead”] that co-starred Tom Selleck. Was that your first time working with him? What was it like working with the late James Garner?

Me: That role on Rockford lead to your casting on Magnum? 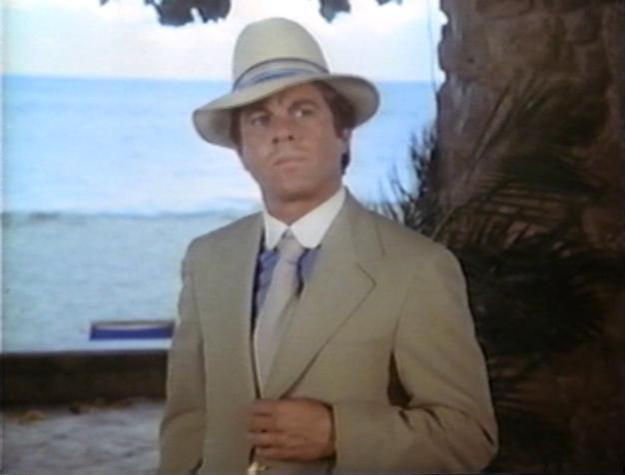 Me: Did you have any idea that Magnum would become as popular and iconic as it was/is?

Me: There was a Magnum, P.I. reunion of sorts on NBC’s Las Vegas back in 2007, featuring you, Tom Selleck and Roger E. Mosley. How did that come about?

LM: Selleck’s show was in trouble and they asked TC and Rick to pump it up!

Me: Any thoughts on the long-rumored Magnum movie?

LM: It’s been discussed many times but to no avail. Tom would do a 2-hour television movie with the original cast if NBC took a brain pill!

Me: How often do you see/speak to your Magnum co-stars nowadays?

LM: At least once a month, and I do autograph shows in the USA and Germany.

Me: How often do you see/speak to your Black Sheep Squadron co-Star Robert Conrad nowadays?

LM: All the time. We both do radio shows on CRNTALK.COM. 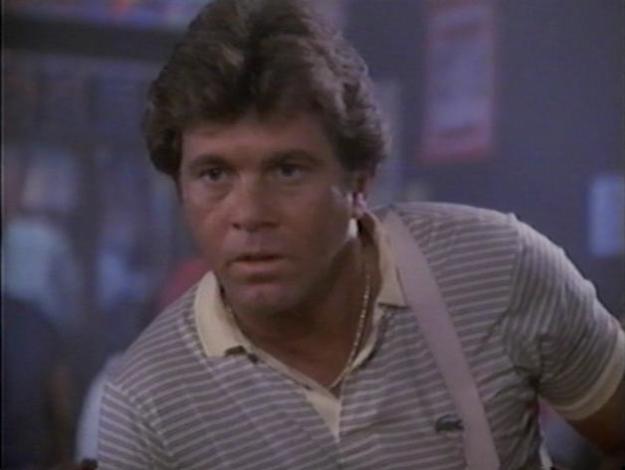 Me: Do you have any particularly favorite roles?

LM: I love each and every TV and movie role I made. Only because God gave me the chance to become a successful actor.

Me: You guested in a 1993 episode of Quantum Leap [“A Tale Of Two Sweeties”]; What was it like being on the set of another Donald P. Bellisario show?

LM: I kept looking at Dean Stockwell. Tough show but it came out terrific!

Me: What can you tell us about your recurring role as Nicky “The Kid” Demarco on CBS’ Hawaii Five-0 remake? Will you be back next season?

LM: I’ll be back till the show ends. It’s a great cast! Good to be back in paradise and Peter Lenkov, the producer, is the best! He was responsible for writing “Nicky.”

Me: What do you think about TV nowadays? Any favorite shows?

Me: Any other projects you’re currently working on?

Me: Besides acting, what are your passions?

Me: Anything you’d like to say to your many fans out there?

LM: Whatever it is in your life, go for it. If you want it bad enough it will happen. Love to everyone and thanks for you loyalty and support! Don’t forget my book, ALOHA MAGNUM!

Visit Larry’s official website here and be sure to check out his book, Aloha Magnum. It really is a phenomenal read, and anyone interested in Larry, Magnum, P.I., 1980’s TV, TV in general, or just plain entertaining reading owe it to themselves to pick up a copy, which can be ordered direct from Larry here. 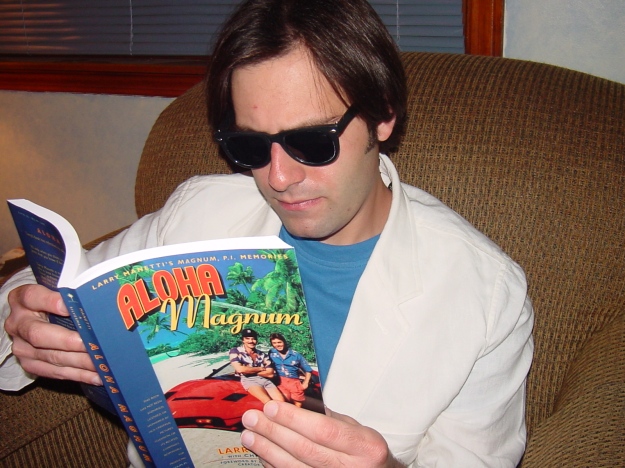 There I am, cool readins a cool book. (Admittedly, my attire isn’t very Magnum-esque, but it was the only semi-tropical clothing I had immediately available. I guess my desperate lack of usable aloha shirts is pretty obvious, huh? Such are the perils of living in Northeast Ohio, I guess…)